The Jarramplas is a festival that is celebrated in the town of Piornal in Cáceres. It has been declared a Festival of Tourist Interest in Extremadura and a Festival of National Tourist Interest. It is celebrated every year, on San Sebastián, on January 19, and lasts 2 days. Likewise, Jarramplas is the character that gives this festival its name. He wears a jacket and trousers from which multicolored hand-sewn ribbons hang, and for reasons that you can see in the video and photo below, his head is covered with a strong conical fiberglass mask that has two horns and a large nose. . He also plays the part of him at this party, the Mayordomo, generally a friend of Jarramplas who has the financial resources to cover the expenses. It must be said that some years several Butlers have to join together to pay for the parties, although after its declaration as an oficial festival, they have institutional funds. 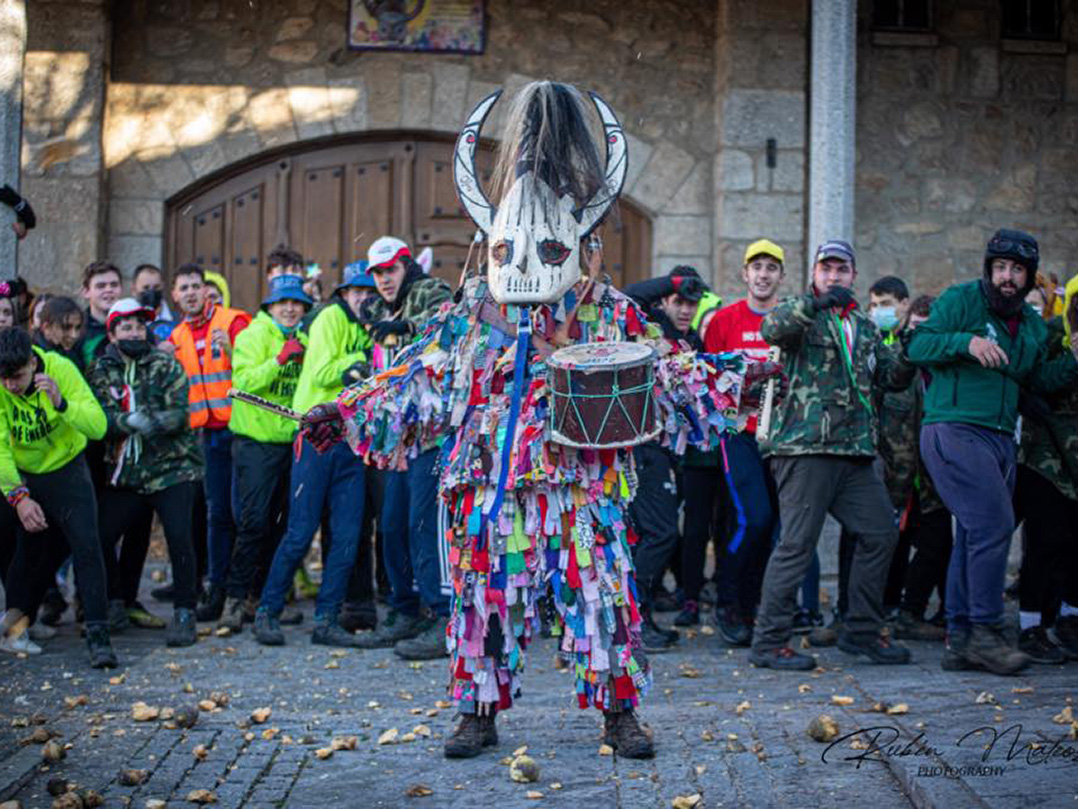 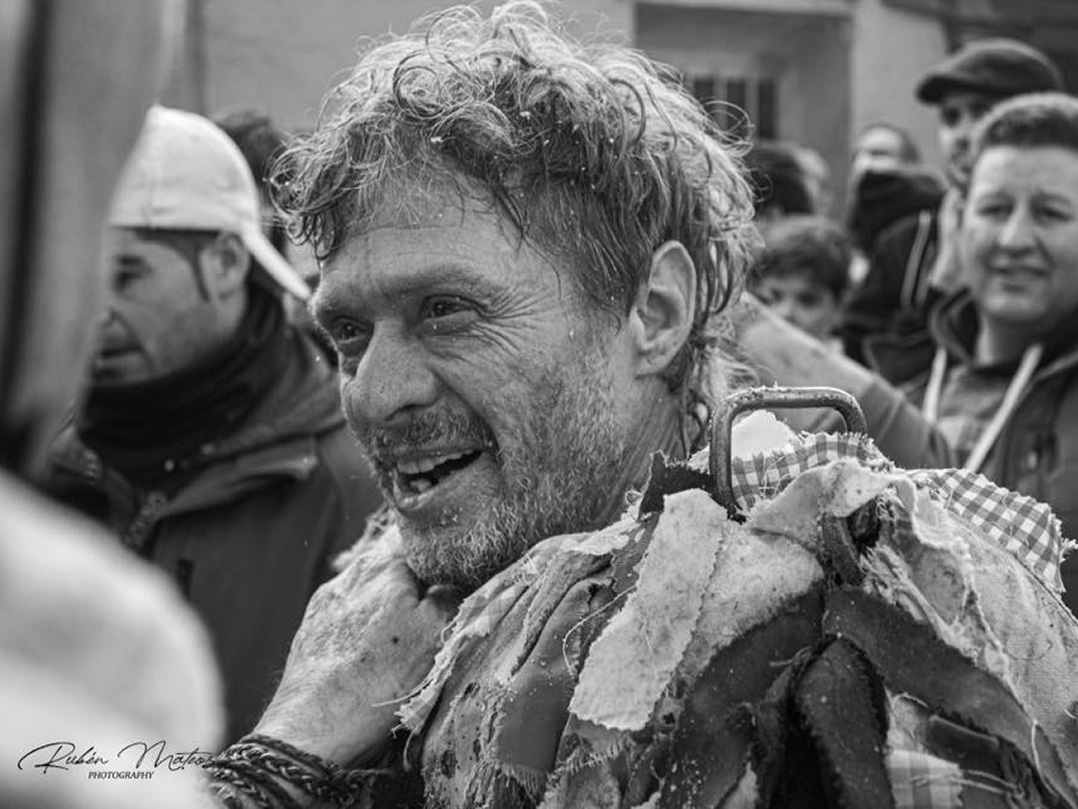 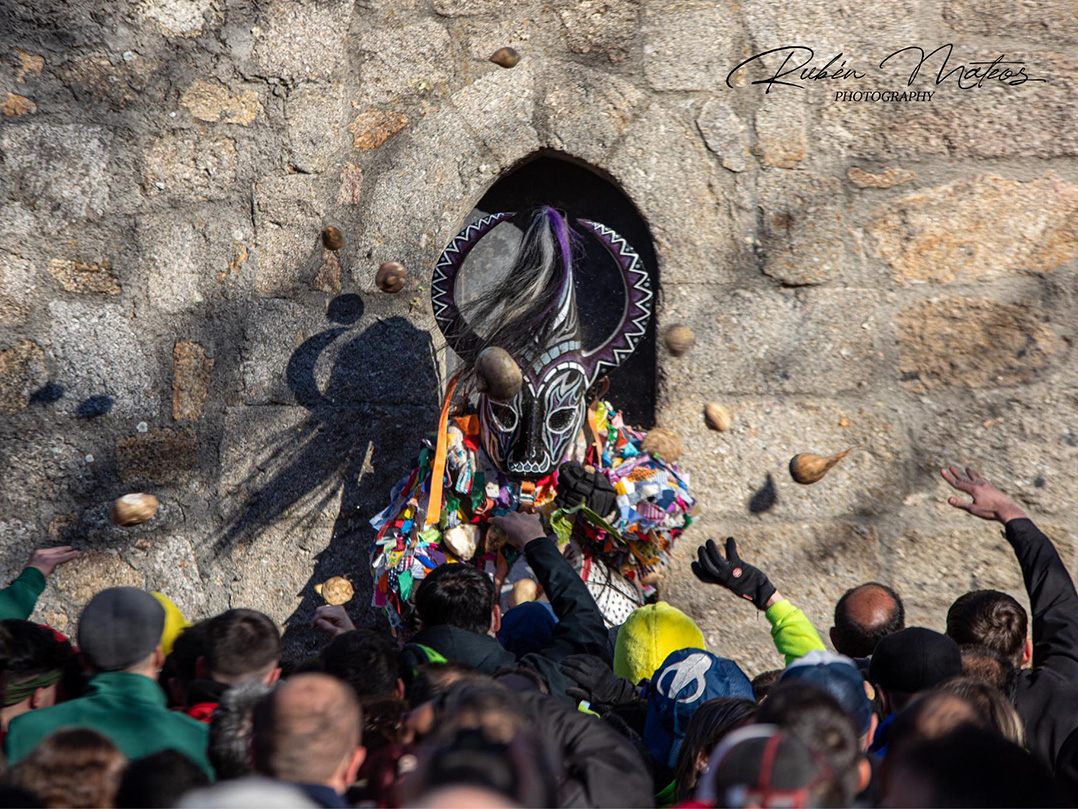 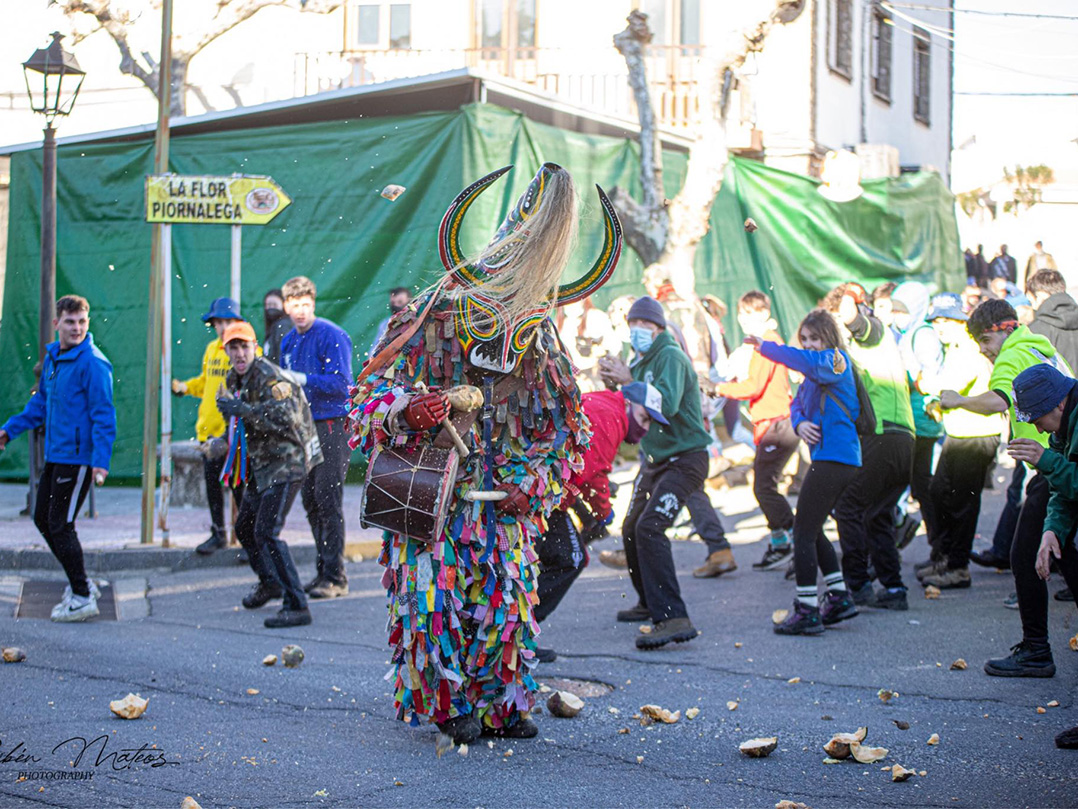 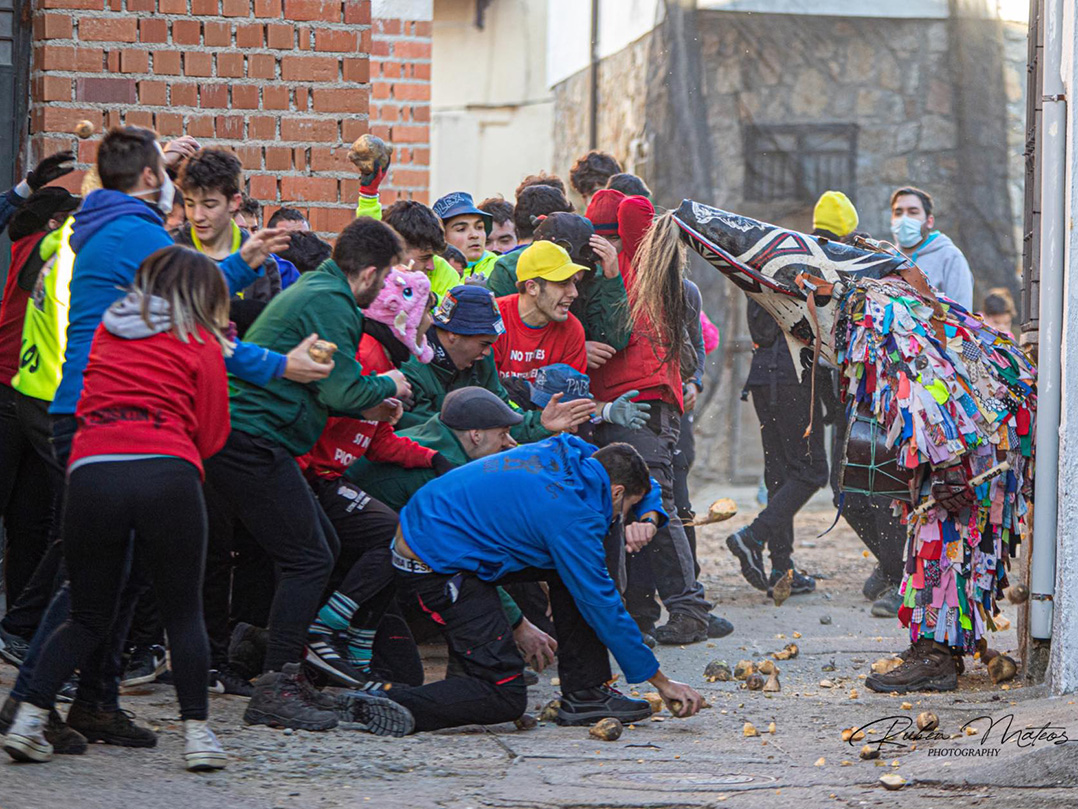 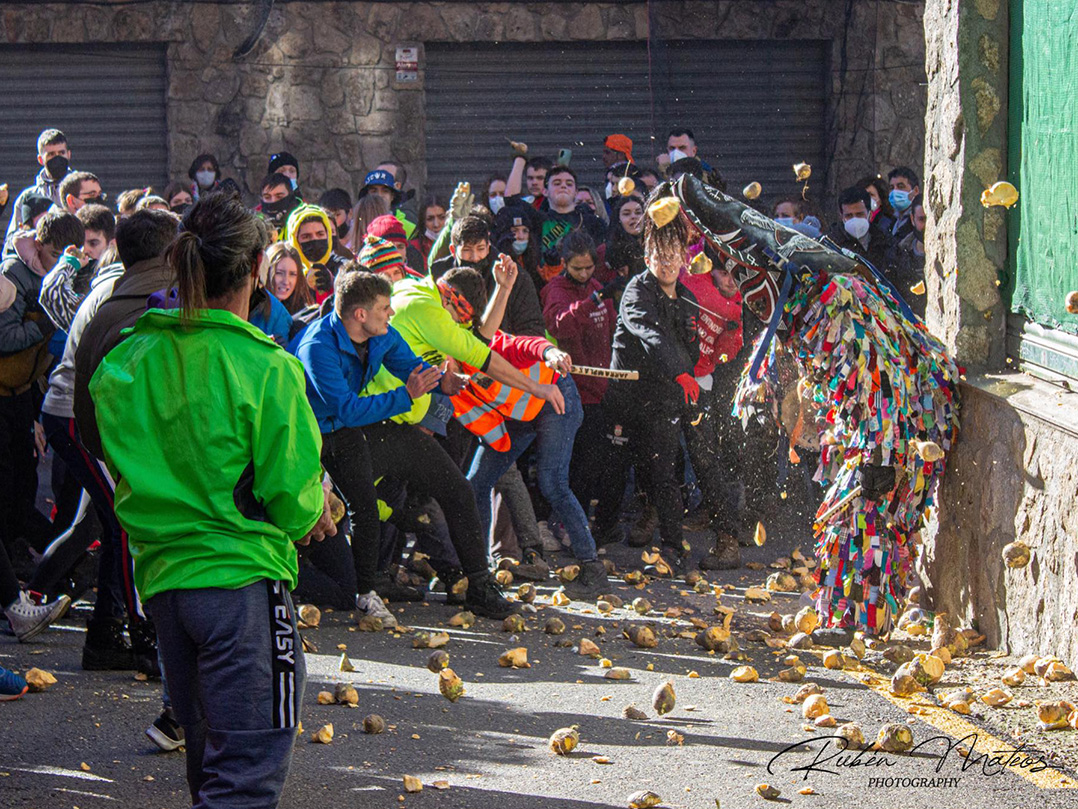 During the days of the festival, the Jarramplas walks through the streets of Piornal playing a drum. During his tour, the villagers, angry with him, throw turnips at him. For this reason his clothing is reinforced with special materials. The reason for the people’s anger comes from the tradition of Jarramplas as an old cattle thief, and the character walks through the streets as long as his body can handle. The young man or girl, who gives life to Jarramplas, is a proud resident of the town, because he/she keeps alive a tradition to which parents sign up their children years in advance.

The festival has a religious component that focuses on two key moments: The procession of “Las Alborás”, in which the Jarramplas, walking backwards, without a mask and surrounded by people, walks around the town, and the “Misa del Santo” in which Saint Sebastian is venerated as he leaves the church in procession accompanied by the girls. During the procession, “La Rosca” is sung, in which the virtues of Saint Sebastian, as a brave captain, are extolled.

Ask for more details in any of our houses… we can help you.

This website uses cookies to improve your experience while you navigate through the website. Out of these, the cookies that are categorized as necessary are stored on your browser as they are essential for the working of basic functionalities of the website. We also use third-party cookies that help us analyze and understand how you use this website. These cookies will be stored in your browser only with your consent. You also have the option to opt-out of these cookies. But opting out of some of these cookies may affect your browsing experience.
SAVE & ACCEPT
Go to Top